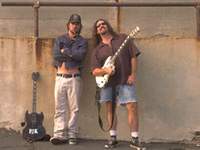 Powers is the heroin of the small-minded man

And force, force is the needle - the gun in his hand

He lusts to control all the people and the land

All love lost will be reborn

Our Fourth world - nearing its end

Try but you cannot deny the earth is alive

Our rivers, they are dying and smoke kills the sky

Modern man's cities are built on their lies

When cleansing flames burn, no one can hide

Our Fourth world - nearing its end

The time it happened all before, the end was a flood

Man became so arrogant and paid with his blood

No lesson was wver learned - our fate stays the same

Profane civilization will perish in flame